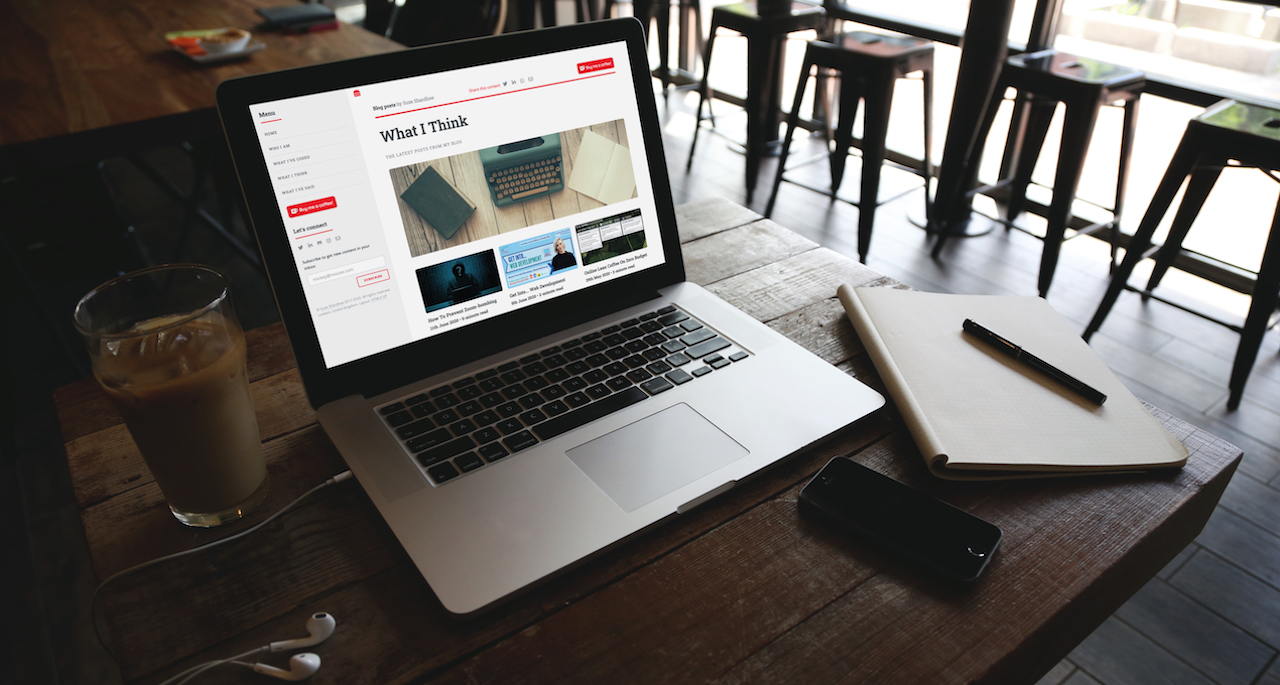 I have had my own website, on and off, since the mid-1990s. I coded all of them by hand and, on most of them, I had a blog or some kind of journal.

When I started building full-stack web applications, I was between websites so I published a one-pager using GitHub Pages to display my work. As my tech career developed, I needed to be able to feature other things alongside my coding, like my public speaking. I also wanted to start writing again.

Because I was going to be adding blog functionality, I needed a new look and feel. I also needed some way of being able to handle lots of groups of pages which were all based on the same layouts.

After doing a bit of research, I decided to use a static site generator. This would enable me to use DRY principles, saving me having to copy the same markup across every HTML page on the site. Jekyll seemed to be the obvious choice, because it powers GitHub Pages, meaning I could build on my existing repo.

Jekyll uses Liquid for templating, allowing me to create reusable layouts. I was already accustomed to doing this, having used EJS a few times in my previous coding projects, so Liquid was quite easy to pick up.

I now have a website which showcases all my work and is a breeze to scale up. I create all my content using Markdown. Everything sits on GitHub, which means I can write and publish a blog post on the fly (for example on a train journey), using my phone.

More recently, I have set up a Jekyll/GitHub Pages site from scratch for a friend.

I also teach a Jekyll with GitHub Pages workshop. I ran the first one of these in San Diego, California. After creating their websites from scratch in my 90-minute workshop, three people had their blogs up and running with their own articles within 24 hours. A couple of weeks later, one of them was promoted to a cyber security role she had been aiming for after the hiring manager read her blog.