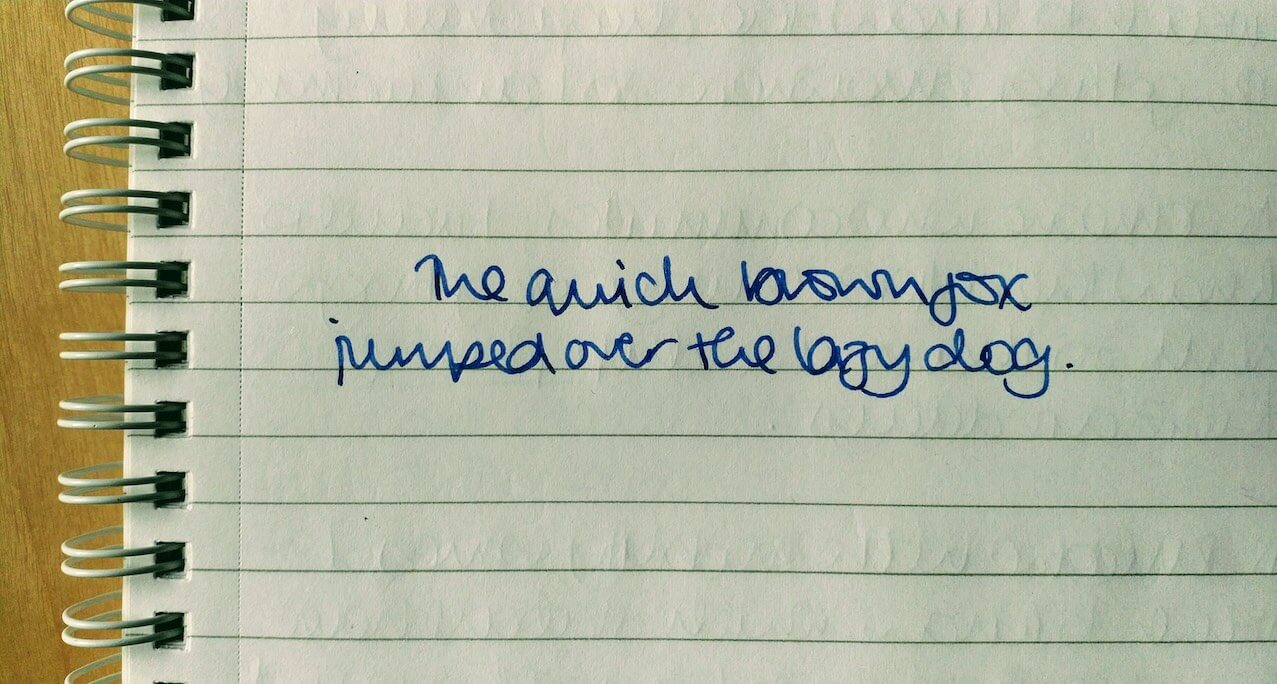 I first started using a fountain pen in primary school, when I was about nine years old. It was a Platignum School cartridge pen, very light with a unique shape. They were personal-issue, as were the squares of pink blotting paper.

At junior school in the 1980s it seemed to be a rite of passage: once you had mastered joined-up writing in pencil, you graduated to fountain pen. I am not sure if that’s still the case now. Looking back, it feels like standards were really high; we were writing cursive with ink.

Therefore, I got a shock when I left my state primary and went to an independent secondary. There were countless differences; difficult to navigate when you’re that age. By that time, I was only writing with fountain pens and I brought one to school. However, in the first lesson of each subject, someone in the class asked the teacher if we were allowed to use biro. And the answer was always yes.

To the 11-year-old me, that felt like a significant drop in standards. My junior school had been super strict. Ever since I’d passed the entrance exam, going to private school had been hyped up for months as this huge superior thing that I had to do justice to. And here were my new classmates writing in blue biro, dotting their is with circles.

For the next five years I alternated between biro and fountain pen. From sixth form to the present day I stuck to ballpoint or pencil, only using my Parker Vector to write greetings cards, meaning it would frequently dry out. I now realise that I returned to pencil as an adult because I prefer to have a good level of even friction with the paper (and, for that reason, they had to be retractable pencils). A ballpoint pen tends to run away but I need the resistance. 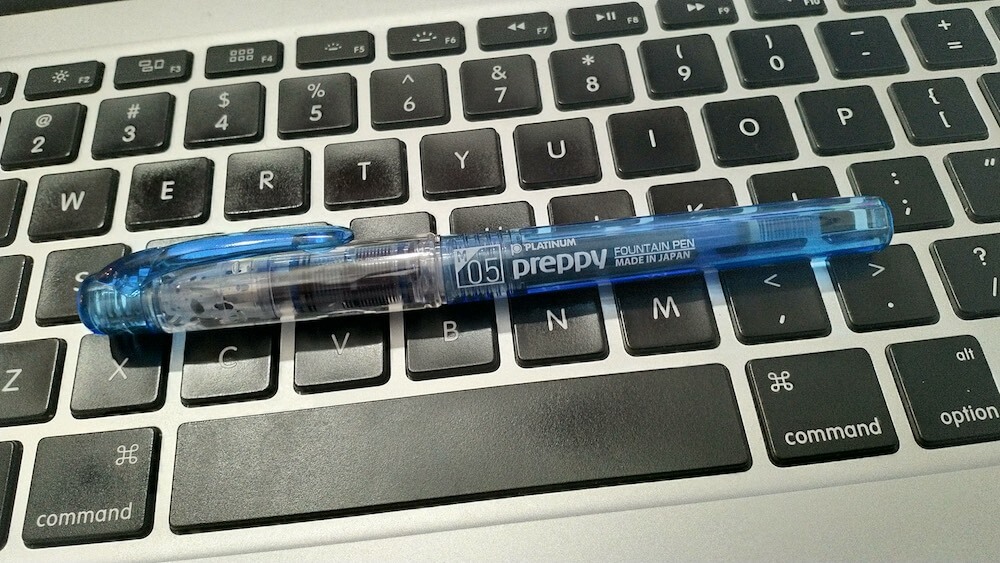 So I was gifted a fountain pen for Christmas and haven’t looked back since. I’m a bit out of practice so it’s been a bit messy, but it’s a pleasure to write with and I actually enjoy referring to my notes now, even if it’s just a page in my notebook where I calculated the electricity bill or recorded my conversation with the buildings insurance company.

I chose a Platinum Preppy with the broadest nib (0.5mm) available. This came in black, blue-black or red (the ink matches the body colour) and has a transparent casing. The blue looked the nicest, so I went with that, even though black has always been my ink colour of choice. I can always buy different cartridges later. Unlike with fountain pens I’ve had in the past (including the Parker ones), I haven’t had to break this in at all, which surprised me as it’s so cheap it’s almost disposable.

What’s next? Well, sketchnoting and calligraphy are a good pairing, so I’ve considered trying that, which means buying more gear of course. In the meantime, I’ve given my biros away as they no longer spark joy…